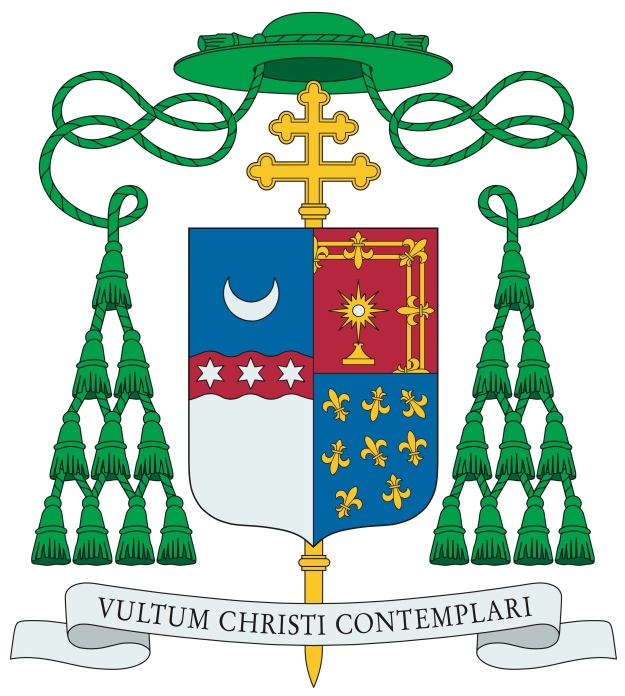 This is the coat of arms of the Most Rev. Alexander Sample, former Bishop of Marquette, MI who was installed on April 2 as Archbishop of Portland, OR. The left side of the shield (as we view it) depicts the arms of the archdiocese. They are impaled with the personal arms of the archbishop which he assumed at the time he became a bishop. In the upper section the border that is shown only partially employs a now-defunct method known as dimidiation. This manner of depicting charges fell out in favor of full impalement quite some time ago. It’s not that dimidiation is unheard of any longer. Rather, it is simply rarely used.

1 thought on “Coat of Arms of Archbishop Alexander Sample of Portland, OR”