The Most Rev. Jon Hansen, C.Ss.R. (51) was ordained a bishop and installed as the seventh Bishop of Mackenzie-Fort Smith, Canada on March 16th. His coat of arms was designed by himself. 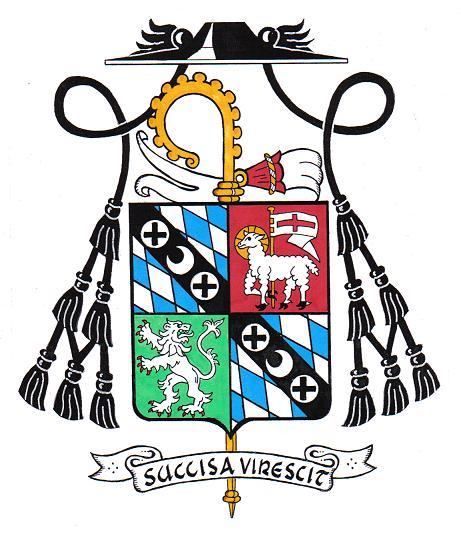 He was elected Abbot in 2006 at which time he commissioned me to design and execute his abbatial coat of arms. He led the community until 2014.

The arms of the Abbey (in the first and fourth quarters above) are clearly based on those of the community’s motherhouse.

May he Rest in Peace.

St. Vincent Archabbey in Latrobe, Pennsylvania, the oldest monastery in the United States, was founded in 1846 by monks from St. Michael’s Abbey in Metten, Bavaria under the leadership of Fr. Boniface Wimmer. They came to Pennsylvania funded by the Ludwigs-Missionverein, an organization started by the King Ludwig I of Bavaria to minister to German immigrants throughout the world.

When the community had grown large enough to be elevated to the status of an independent abbey in 1855 it was decided to designate it an archabbey and Father Boniface was named Archabbot for life by Bl. Pius IX. His coat of arms (below) looks to be based in a quartering of the arms of the royal family of Bavaria, the House of Wittelsbach. The lion holding the banner of Christ was used not only by Archabbot Boniface as his coat of arms but also by the community as the heraldic symbol of the archabbey. It seems as though Wimmer’s first three successors, Archabbot Andrew Hintenach (1888-1892), Archabbot Leander Schnerr (1892-1918) and Archabbot Aurelius Stehle (1918-1930) also used this coat of arms. I have not been able to locate any other coats of arms for them. 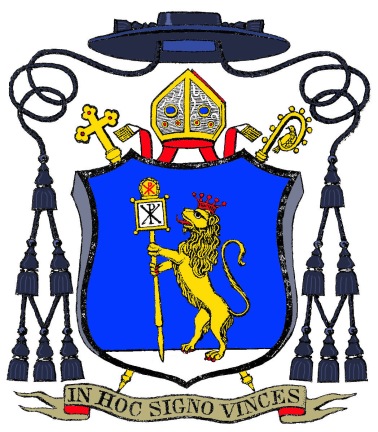 In 1930 with the election of St. Vincent’s fifth Archabbot, Alfred Koch (1930-1949), things changed. At that time the community decided to adopt a corporate coat of arms, which borrowed the blue and white fusils in bend from another Wittelsbach quartering and took the three plates on a black fess from the arms of William Penn, turned the fess into an inverted chevron (to create the letter “V” for “Vincent”) and charged the three plates with Benedictine crosses. Archabbot Alfred impaled this with a personal coat of arms. Thereafter, his successors did likewise. 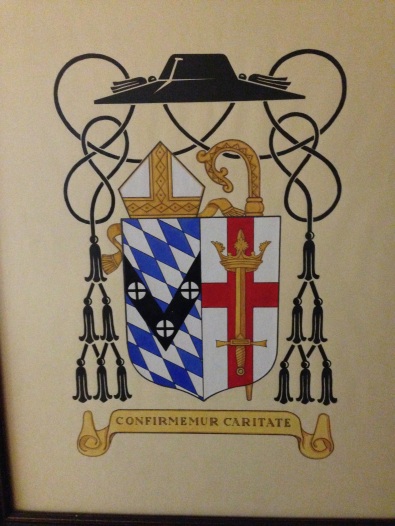 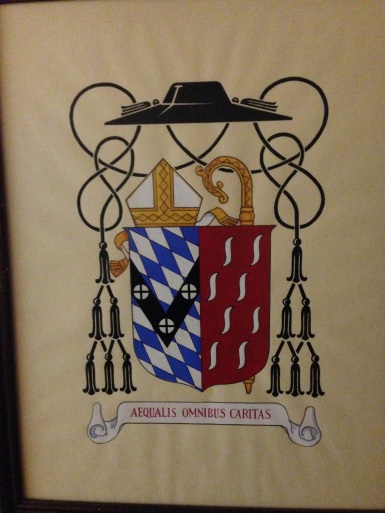 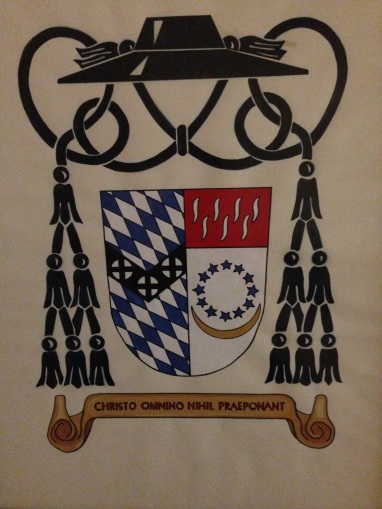 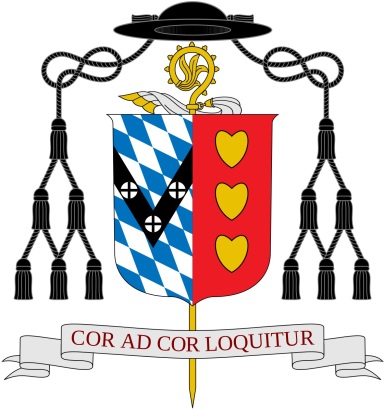 During the tenure of Archabbot Egbert Bl. Paul VI changed the customary rules governing the external ornaments of prelates indicating that the mitre was no longer to be used in coats of arms. In addition, he called for the discontinuation of the crozier in arms of bishops. The crozier used to be included in the achievements of bishops in addition to the episcopal cross. Paul VI indicated in was the cross alone that would continue to be used in the arms of bishops and that the crozier should be excluded. This was interpreted by some, wrongly, to mean the crozier should no longer be used in the arms of abbots as well. However, it is the veiled crozier, not the galero, which indicates the rank of abbot in heraldry. Archabbots Leopold and Paul were advised incorrectly to leave the crozier out of their achievements. It was, however, restored to use in the coat of arms of Archabbot Douglas which was designed by me.