Saint Bonaventure, Cardinal-Bishop of Albano. As a Franciscan he bore simply the arms associated with the Order. He had also served as Minister General of the Order of Friars Minor. The artwork here is by the late Michael McCarthy of Australia. 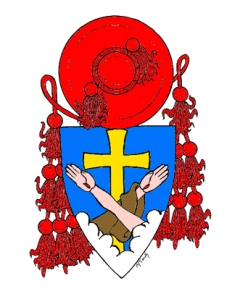 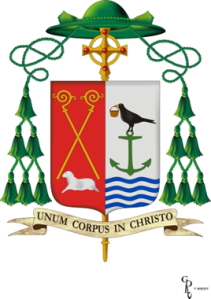 Father Kevin Doran is being ordained Bishop of Elphin, Ireland on July 13. The description of his coat of arms (above) taken from the website of the diocese:

In the right side of the shield (seen from the point of view of the one holding the shield) we find represented the Coat of Arms of the Diocese of Elphin; two golden crossed croziers surmounting a lamb as the central symbol reflecting Jesus, the Lamb of God who takes away the sins of the world.  The red (gules) color is the color of love, of blood; the infinite love of the Father who sent the Son to shed His blood for us, the ultimate act of love.

The personal arms of Bishop Kevin occupy the left side. This part of the shield is in silver (argent). The anchor, symbol of hope, is taken from the Doran family motto, Spes Ancora Vitae (Hope is the Anchor of Life).  The anchor is in green (vert), the symbolic colour of hope.

The blackbird references the legend of St. Kevin and the Blackbird, which is so well captured in the poem by Seamus Heaney. It reminds Bishop Kevin of the importance of fidelity to prayer and the relationship between prayer, compassion and service. The blackbird carries in his beak a copper pot, symbol of St Asicus, patron saint of the diocese of Elphin. St. Asicus was a coppersmith.

Fr. Kevin spent some years as parish priest of Glendalough, Co. Wicklow (The Valley of the Two Lakes). As he ministered to parishioners and pilgrims around the lakeshore, he was often reminded of the ministry of Jesus, much of which took place around the lake (or sea) of Galilee.  As he undertakes his new mission in the Diocese of Elphin, (a diocese bounded on one end by the River Shannon and on the other by the Atlantic Ocean), he takes the ministry of Jesus as his model and inspiration. This is the symbolism of the wavelets in the lower part of the shield.

Below is the coat of arms of the Most Reverend Leo William Cushley, Metropolitan Archbishop of St. Andrews and Edinburgh, Scotland. He was installed in the position last year but just this past Sunday received his pallium from Pope Francis. 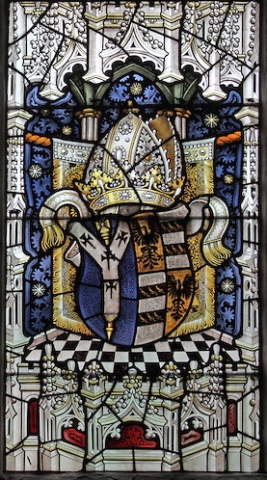 Below are two coats of arms, one for a man and the other for a woman, that I was recently commissioned to do. The ribbon surrounding the woman’s oval shield has personal meaning to her and is decorative. The common practice in heraldry is that women don’t use helm and mantling in their achievements which leaves them looking rather empty artistically. Decorative knots, ribbons and wreaths are often employed to surround the shield. 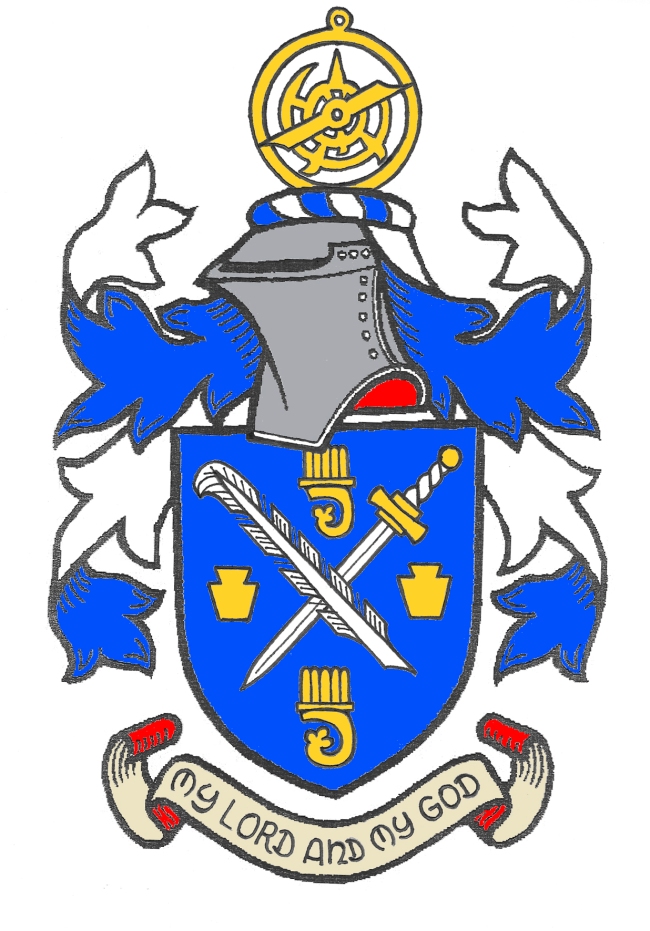 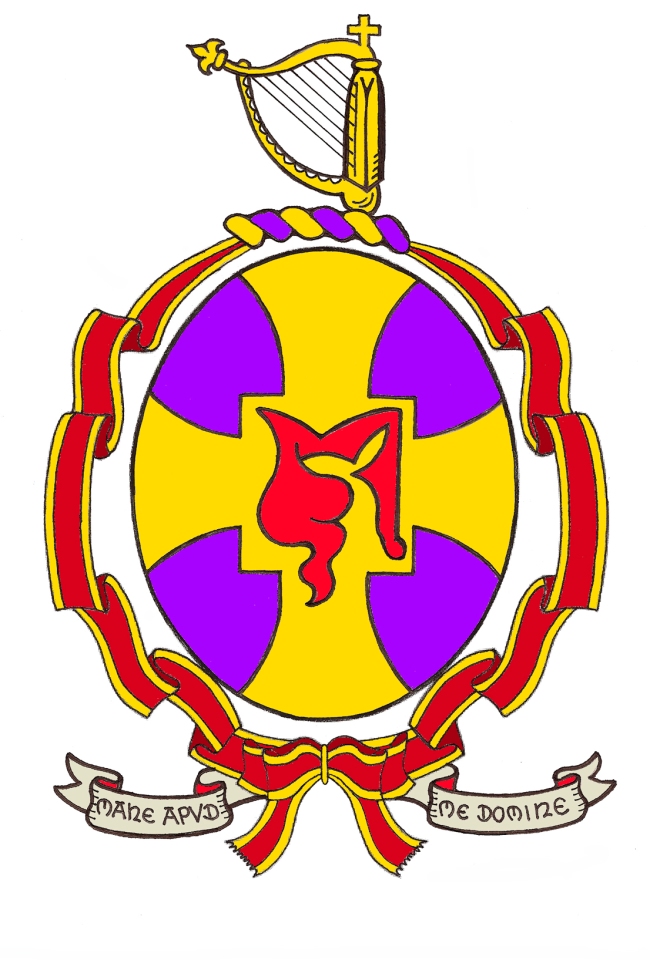