His Most Eminent Highness Fra’ Giacomo Dalla Torre del Tempio di Sanguinetto (73) a native Roman and former Grand Prior of Rome who, in the past, served as Lieutenant of the Order ad interim after the death of the 78th Grand Master, Fra’ Andrew Bertie, and who, last year, was elected to serve for one year as Lieutenant of the Grand Master during a year of reform and reflection was, on May 2, 2018, elected as the 80th Prince and Grand Master of the Sovereign Military Order of the Hospital of St. John of Jerusalem, Rhodes and Malta. He succeeds Fra’ Matthew Festing, the 79th Grand Master who resigned in 2017 after an internal struggle within the Order and the intervention of the Holy See. 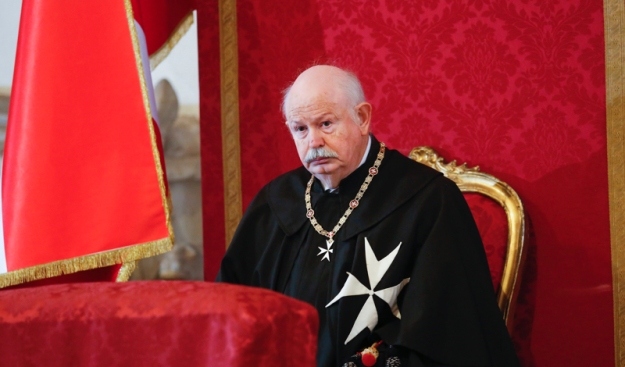