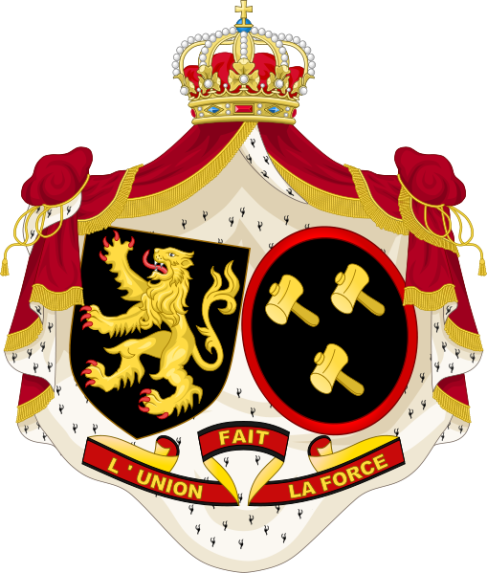 This weekend in Belgium King Albert II will officially abdicate and be succeeded by his son, the Duke of Brabant, who will become King Philippe I. There is no coronation ceremony in the Belgian monarchy. Instead, after a solemn Te Deum is sung at the cathedral there will be the formal abdication of the King. This is followed by the swearing in of the new King before the Belgian Parliament. The crown is used as a heraldic emblem by the King but an actual crown does not exist. The King rules by the consent of the people which is why there is no King “of Belgium” but instead a King “of the Belgians”. The arms above are of Philippe and his wife, Mathilde.

2 thoughts on “New King of the Belgians”